This sums up the EU referendum pretty well for me:

I read this sentence somewhere else, but with the word “racist” instead of “xenophobic”. I think “racist” feels too strong, but I do think there’s unfortunately quite a high proportion of the UK population who are mildly xenophobic. They don’t like foreigners that much. And that is pretty much all this EU referendum vote will come down to.

There are of course lots of other important issues being debated.

Take trade for example. I see the remain camp saying that a brexit would be totally disastrous for trade, and then the leave camp saying that it’d be fine, we’ll easily strike up trade agreements. I find myself thinking the truth is probably somewhere in between. There’ll be a lot of admin and hassle (better have a good reason for it) but in the end we’d get trade agreements in place and we’d be trading with Europe as we always have.

And there’s lots of similar tit-for-tat debates where the campaigns have been quite polarised, with scare-mongering and lies from both sides.

So I started out thinking, let’s leave aside these smaller short-term issues and think about the big picture: The EU represents unification. Working together closely with our european neighbours. To me that’s very compelling, especially in a world where increasingly Russia and China are calling the shots. Let’s be unified. Let’s be a European super-power. But the leave campaign says, in an increasingly turbulent world we need more control over our own affairs to be able to better cope with whatever the world throws at us, acting in our own interests. I can see that point. I can see why others might be persuaded by that. Personally on these broad big picture viewpoints, I’m more for unification.

So I was always taking a remain view, but I recently realised I was watching/reading too many debates and losing sight of the real driving force of this referendum. This makes me feel very strongly in the remain camp with the realisation that, if the country does vote to leave, it’ll be for a terrible reason. I’m convinced the majority of people voting to leave are not even thinking about the issues. The only reason the EU referendum has ever even been a thing, is because a lot of people in this country are mildly xenophobic.

For some people this is because they take in too much tabloid nonsense (particularly on the massively over-inflated non-issue of immigration), some people have fooled themselves that it’s the right way to be “patriotic”, for others it’s just a failure to reign in their innate distrust of foreign people. Fear/distrust of people who are not like us, is something which exists in all of us. A perfectly natural feature of our monkey brains. We’re more likely to learn to take our xenophobia and set it aside if we work with foreign people, or we do a lot of foreign travel, or we live in a part of the country which is more cosmopolitan. But I worry that many people when they head to the ballot box will be listening to this nasty little voice, this mild xenophobia, in the back of their mind, and they’ll vote leave for no other reason.

I don’t know if this is a good way to persuade people. We saw as UKIP were taking votes in the general election, that nobody likes being told that they’re racist. Maybe telling someone they’re mildly xenophobic is not much better. But what this does mean, is that a general background level of xenophobia is swaying the vote towards brexit. What a terrible reason to take a decision like this. It means all right-thinking people, even if they find themselves on the fence on the EU issues, must make themselves count as an antidote to this. 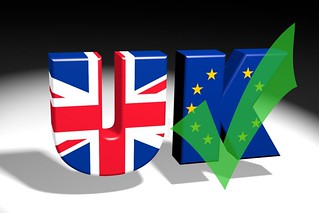